The Far West have an authentically Americana sound that’s been described as something like Waylon’s band jamming with Wilco. In keeping with the W theme one also hears a little Willie, Whiskeytown and Woody, as in Guthrie, in their music. Their songs are highly personal, introspective and original and betray a deep love of American music that runs from ‘Nashville Skyline’ to the Opry of the 1950’s, from the red dirt of South Texas to the streets of Bakersfield. It’s music you can dance to, start a brawl with or cry in your beer over, however the spirit moves you. 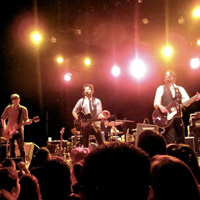 Fatback Circus is an Austin, Texas favorite, whose true talent and versatility has sparked comparisons to various modern, southern and classic rock bands. Playing four shows for SXSW in 2013 alone, they are undoubtedly on the verge of becoming a regional and national success. The sheer musical ability of this four-piece is very refreshing and a delight to listen to, yet the group's inescapable energy and passion should definitely be experienced up close and in person. The band's sound can be described as an eclectic mix of classic and modern rock with hints of roots rock, folk, blues and country. 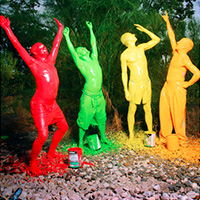 Of the many words that one might choose to define Fetsum’s long awaited debut, perhaps the most accurate is ‘global’. It’s an adjective that not only summarizes the sound that he has fashioned since he first started writing in his early teens, but also his background. Fetsum’s parents were Eritrean revolutionists during the country’s thirty year War Of Independence, and he was born in Egypt after his 16 year old mother became a casualty of the fighting in her homeland when she was four months pregnant. Within 18 months they had moved to Italy, where he lived for the next two to three years, before heading on to Stuttgart, Germany, where his aunt had also been forced to flee while seeking asylum from the war. Initially they only planned to help her settle before returning to Italy, but they ended up staying, and it was during these formative years that Fetsum’s musical interests began to develop. 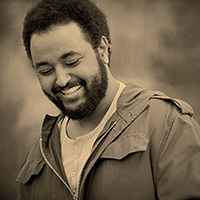 These past few years have found her nabbing two fan voted Ameripolitan Awards in 2014 – taking one for Best Female Honky Tonk and the other for Best Female Rockabilly; a Peabody Award that she accepted onstage at the Waldorf Astoria in New York City for her narration of the documentary “Whole Lotta Shakin”; producing Janis Martin’s 2012 CD The Blanco Sessions which tied at number one with Rosie’s Working Girls Guitar on the FAR chart; and a multimedia Janis Martin Tribute that she created and performed at the Rock n Roll Hall Of Fame in 2012.

All these accolades propelled her into performing at the Chuck Berry Tribute at the Rock and Roll Hall of Fame along with other great musicians including Vernon Reid and David Johansen, which led Rolling Stone Magazine to proclaim that she was “one of the most impressive acts of the evening…and the only performer brave enough to playfully attempt a duck walk.”

Folk Family Revival, comprised of the Lankford brothers – Mason, Barrett and Lincoln – and Caleb Pace, has been described as Americana, folk and country, but their unique sound has influences spanning rock and bluegrass as well. As the primary songwriter, Mason - who is just barely twenty - fronts the band with vocals and guitar, Barrett plays bass, Caleb is found on electric guitar, mandolin and lap steel, and Lincoln backs the band up on drums and percussion. 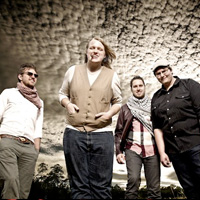 Folk Medicine for the New Depression

A duo comprised of Rick Poss and Pamela Ryder, playing a folk-infused sound that pulls inspiration from the past while entirely delving into a new direction. 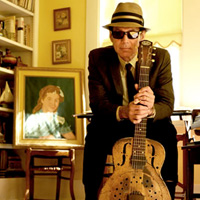 Steve Forbert is a dynamic, tried-and-true artist whose performances resonate throughout himself and the crowd by virtue of their passion, sincerity, and lyrical engagement.

Austin’s Guy Forsyth has long enjoyed praise for his dazzling live shows and rich Americana roots sound. Forsyth (vocals, acoustic, electric & slide guitar, harmonica, ukulele, singing saw) usually performs with his band, but has been known to perform as a solo artist, and in various incarnations including a duo with Oliver Steck (Bob Schneider’s band). His songs incorporate a unique mixture of styles and his sound is at once polished, raw, compelling and irresistibly rump-shaking.

Hailing from Conwy, North Wales UK, Phillip Foxley is a songwriter and guitarist with many years of experience on stage and as a recording session player, often producing his own tracks in his home studio. In November 2011, after a hiatus lasting 3 decades, Phillip began writing new songs and setting up a basic home studio to record them.

He released his first eclectic EP One Song Is All You Need..., a collection of tracks spanning the artist's favorite own compositions over the years. However, Phillip soon realized that his home studio has limitations in both overall sound quality and production capability, so the tracks on the EP are to be re-worked, together with new vocal material, in a pro studio for Phillip’s debut album, coming in early 2013. 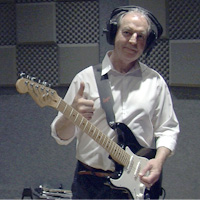 Portsmouth's Free From Gravity is currently riding the success of their debut single, "The Long Road," a tribute to those affected by the fight against cancer. To date, the song's YouTube video has over 40,000 views. The quartet officially released the single at London's legendary venue, The Water Rats, then played Brixton Jamm in support of The Bluetones' Mark Morris. Since then, they've hit the festival circuit, playing GosportFest, FortonFest, and the Hey Airshow. Free From Gravity will release a live album, recorded in Gosport, later this year and will be surprising fans with a number of impromptu "guerilla" gigs—locations to be announced 30-minutes prior to each performance. Watch the band's Facebook Page for details and show announcements!

Hailing from Jarrell, Texas were five young boys each with his own name and purpose. They grew up together, drank together, and eventually had sex with each other and produced child together. These were no ordinary boys, they were special. They were the fathers and mothers to be of five more creatures that would form as one mighty force. 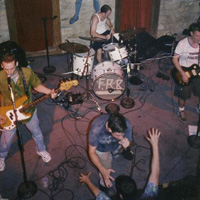 Singer songwriter whose songs wind their way around the quirky and solemn, songs alternately cheeky and wholly heartfelt. 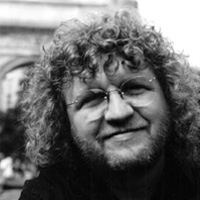 While with Tha Fellaz, Fudge was known as Fly E and Big E. He's also 1/4 of South Austin's Dove Mafia. When not recording or promoting his own music, Fudge promotes other artists through his company, One Mic Entertainment.

Texas-born singer/songwriter and guitarist Shawn Fussell isn’t afraid of hard work. He proved it in his previous career as a tilesmith, a joint-cracking, back-aching occupation where meticulous craftsmanship is the only acceptable standard.

And he has proved it in his musical career, honing his skills and his art over a series of years and self-released albums until he was ready to release a full-fledged debut, Shawn Fussell (Casarado Records) that is up to his exacting standards.

Working with producer/engineer and musician Eric McKinney (Mark McKinney, the Weary Boys, Colin Gilmore) and the boys in the band (bassist Tim Casterline and drummer Keith Hernandez), Shawn produced a handful of robust new songs which he paired with re-recorded and re-imagined songs from his previous independent releases to produce a cohesive new sound that fits organically into the Texas Music/Red Dirt country-rock sound of Texas and the Southwest while still keeping its roots in the innovative, genre-crossing tradition of Shawn’s musical idols.

Heartfelt, lived-in originals like “Why’d You Lie” and “Serenity Song” juxtapose naturally with open-ended rockers such as “Ride” and “Days and Daze.” And, as something of a counterpoint to Shawn’s first-person approach to songwriting, “Tulia, TX” is a searing account of real-life racial injustice in West Texas. As such, it takes Shawn’s songwriting to a new level.

“I’m attracted to a good song,” he explains. “And, just like a woman, there’s no particular type that ‘does it for me.’ Just like a good song, a good woman can come in any shape, size or form. Wisdom has taught me to look behind just what’s on the surface.”

Born in the north Texas town of Sherman, halfway between Dallas and the Oklahoma line, Shawn began playing guitar as a boy (“My mom told me the pictures and the clock would rattle on the walls,” he recalls. “I liked it all. My dad’s a huge classic country fan and my mom’s a huge classic rock and disco fan. I think the first songs that caught my interest were ‘Purple People Eater’ and Tom Jones’ What’s New Pussycat album."

But in 2008, his ingrown sense of craft led him to re-invent himself as a musician. “I spent the past year going back and learning what I had never learned on guitar,” he said. “I’d been playing guitar since I was 11 or 12 years old. I knew how to play but I didn’t know what I was playing -- Understanding what it was my hands were doing. It was all about re-defining myself last year.”

Shawn’s roots are in the Lone Star musical tradition, but the last thing he wants to do is piggyback on any one genre. “The last thing Texas or the world needs is another fly-by-night Texas Red Dirt Band that’s in it for the money and the free ride,” he says vehemently. 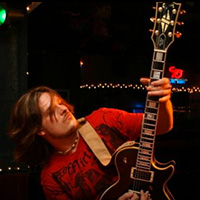