What is Japanese Gypsy Rock?

"Cultural Confusion is our specialty," confides bandleader and founder Kaz Fujimoto, as he drains the last of his Guinness. This cat is a Japanese Gypsy -- you can tell from his personal style -- maybe it's the colorful scarf, aviator goggles or his proper English accent. No, it's the pants. The guy has great pants. Kaz and bass player Robbie Simpson have been making music together for over a decade. Robbie also has great pants and an impressive collection of Heavy Metal T-shirts. Robbie lives for hard rock and other tribal traditions of his home: New Jersey. Violin player J.W. joined the band after a seismic shift two years ago when Kagero began to develop their current sound.

KAGERO regularly travels throughout the New York Metro Area and crawls into the Kazmovan to gig in Jersey or parts North, South or West. The sound has been described as a melting pot of tonalities and rhythms from Asia, the Middle East, South America and Eastern Europe -- "Cultural Confusion". Sometimes the songs are beautiful imagery, sometimes sad folk tales, and sometimes silly songs about drinking. But the tunes are always fun, and the show is often a very high energy dancing good time. Kagero’s world music goulash is very tasty -- even if you don’t always know what’s you’re eating. Just call us your local neighborhood urban-gypsophonic, border-jumping, international debtor’s prison groove-loving feel-good band next door.

Karlex Antoine has been called “the Bob Marley of Haiti” because of his bold and impassioned brand of ethno musicality. Poetic lyrics and infectious hooks have always infused the critically acclaimed singer-songwriter’s compositions, turning regional music styles into universal anthems. For Karlex’s latest, Paris - New York - Port Au Prince (Lil' People Records), he liberates himself stylistically and truly explores what it is to write world music—music from the whole world, for the whole world. 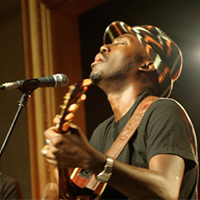 Count on this music to be moody, morose, humorous, eclectic, on the edge, independent, pop and raucous. And when you think you have it figured out, the next album will probably go in a completely different direction. 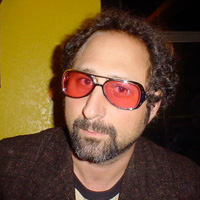 Wake The Dead isn’t just what Austin, Texas-based singer-songwriter Mike Kelly does with his cutting edge country music. The title of his debut album also alludes to the story of his life and the event that prompted him to assertively reach for the musical brass ring. Great country songwriting awoke Kelly to the fullness of musical expression and prompted him to pick up a guitar and start writing and singing his own songs. Then a serious health crisis during which he technically died and came back more alive than ever kick-started his determination to make the most of his music and take it as far and wide as he can. 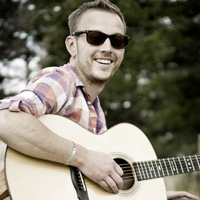 Drew Kennedy is a full-time singer, songwriter, and guitarist who resides in New Braunfels, Texas. He has released a handful of albums and tours to support him. Really, he represents the pure embodiment of a self-made music man.

his knack for detail and a touch of wry wit allows him to hit up those old themes of heartache, travel, and regret for one more dance with his distinctive baritone drawl.

The last we heard from kHz they were making the global rounds promoting "Reality On A Finer Scale and "Disconnected." The band went on to spend 14 weeks in the top 20 most requested song charts on SIRIUS radio's "OCTANE," while also garnering the band an AIM TV award for "Best Indie American Latino Band." 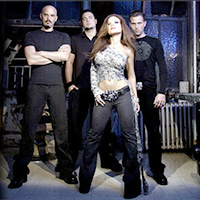 "In what has grown from a duo in 2010 to the current 6-piece supernova, Austin's most theatrically over-the-top musical freaks have teamed up under the name Kiddoo and the Dude! Our second and latest record, K&D's Funky Freakshow, infuses our wacky humor into every genre from funk to country, metal to jazz, rap to love ballads. Bringing our circus to the stage with props, balloons, dancers, lights, and a trampoline, Kiddoo and the Dude is quickly becoming known as Austin, TX’s weirdest and funnest band!"

Killa MAUL pay tribute to the beginnings of the biggest metal band in the world, Metallica.

Maggie Kim embodies everything a man wants (and fears) in a woman. She wields her talent, intelligence, confidence and sex like weapons, propelled by a motivation rarely equaled by her peers. But what is most impressive about Ms. Kim is that she manages to capture each of her qualities in her songs. Need proof? Well, it’s impressive enough that her song “White Girl” won grand prize in the 2002 Jane Magazine/Maybelline Readers’ Songwriting Contest. That’s where many artists’ credits would end. But Maggie follows up that achievement by becoming a semifinalist in the Shure Musical Roots Contest, selected from over 1600 entries, this time earning such praise with a different song. “Coo” earned that honor, and there are more stand-out songs where those two came from.

Beyond the songs is the live performance, during which Maggie controls her audience with Madonna’s daring and Gwen Stefani’s swagger. But she takes things a step further than each of her predecessors by backing up her onstage presence with an equally distinct and powerful voice. One GarageBand.com reviewer captures that sentiment, one shared by much of the record industry, proclaiming “finally, a female vocalist that doesn't sound like 50 other female vocalists!!”

Maggie completed her 5-song EP, entitled Lesson One, going solo after her stint as bassist for the then-RCA recording artists, Ultra V. The CD, co-produced by Michael Kotch (Eve’s Plum, Vitamin C), grabbed the attention of several prominent names—a phone call from hip-hop artist Q-Tip, a live show attendance by David Geffen and even a hug from Virgin mogul, Sir Richard Branson. At this rate, Maggie could be atop the music world at almost any moment. Music fans may wish to heed the advice of entertainment writer, Scott Kahn, who advises, “Catch Maggie in the NYC clubs now before you have to pay scalpers for the rights to see her up close later.” 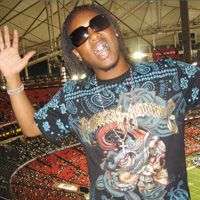 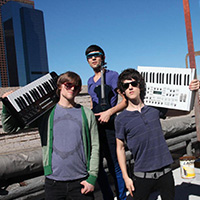 The music of Shelley King draws from and blends a spectrum of roots music styles, but one word succinctly describes it: soulful. Be it R&B, folk, blues, country, bluegrass or rock — or combinations of and variations on those themes — she delivers the goods straight from the heart with a voice that’s splendidly rich and warm and as big as all outdoors. Writing “a proverbial trunk full of instant hits and yet-unheard classics,” as the Austin Chronicle describes her songs, King has risen from the vibrant music scene in the Texas capital city to charm fans across North America, Europe and Japan, win two Austin Music Awards, and be named the Texas State Musician for 2008. 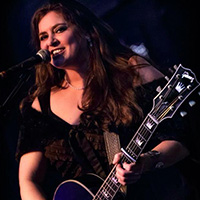 Kite Operations came to be in March of 2003, when singer/guitarists Joseph Kim and David Yang, of indie noise-rock group Theselah, realized that their band would have to be put on indefinite hold. Joe enlisted the help of childhood friend Jie Whoon Kang, a classically trained bassist who quickly learned the ways of rock bass. Jie in turn brought his friend Sung Shin, an energetic and hard-hitting drummer. Since forming, they have been rehearsing and recording in their home studio, and performing live regularly in the NYC area.

Walter Klang is a an obscure musical group with a small and unenthusiastic fanbase that has been writing and recording music since 1991.

In the Fall of 1991 Chad Himmel and Rob Nelson had both written about 20-30 songs apiece. So they decided to go in a recording studio to record some of those songs. Crude Material is what resulted - a collection of 10 acoustic songs featuring Andy ("Man of Science and Adventure") Laska on percussion. They decided to call the band Alter Klang after a Paul Klee painting. And released the songs on cassette.

A year later Rob Nelson moved to Austin and Alter Klang continued. They teamed up with Mr. Powers and Dub Burns and recorded 100s of hours of music and close to 100 songs. This was a prolific time between 1992-1994. Some of this music is stored away on reel-to-reel 8 tracks somewhere. However nothing quite materialized from the all the effort, and much of the music was lost. Somewhere in here the name of the band changed to Walter Klang.

Through her carefully woven stories and resonating melodies, Andrea's songs both celebrate life's humorous moments and explore the sultrier and seductive sides of humanity. She believes music can connect us to parts of ourselves we too infrequently visit and has the power to heal, transform, and entertain. With a style that blends elements of jazz, contemporary pop, and folk, her music brings a fresh and innovative perspective to traditional music.

Wiley is "just the drummer" so you won't see his name on the marquee, but he's out and playing regularly in a club near you.

Before moving to his current home in Cyprus, the artist spent several years developing his sound in London. However, it was at the tender age of two in his home town of Almaty - a Central Asian outpost of the Soviet Union which is today in Kazakhstan - that KonstantinAS discovered the guitar. His father was a bassist and kept a guitar near KonstantinAS’ nursery. Fascinated by the mysterious object, he would reach out and run his fingers up and down the strings. As a teenager he received a Fender Stratocaster from his parents and lessons from a family friend named Alexander. His father and Alexander introduced him to quintessential classic rock artists such as Led Zeppelin, Black Sabbath, Deep Purple, and Nazareth. 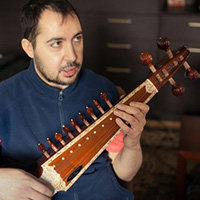 Self-Taught Multi-Instrumentalist and Pop/Folk/Blues Vocalist. Paul Koudouris gives a new sound to radio friendly hits as well as creating intimate acoustic moods. Lyrics from the soul of a well traveled twenty-something. Originally from San Antonio, Texas Paul Koudouris was a featured artist at Sundance Film Festival 2013 and South By Southwest 2013. He has also toured his solo show in Texas, Pennsylvania and London. Loves looper pedals and fresh music. 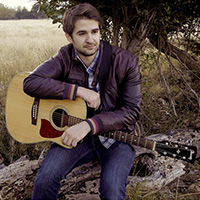