Art Napoleon, a bushman from the boreal foothills of Northern BC, can still skin a moose with a pocket knife but he is known more as an underground troubadour whose words and music bridge cultures. He is an extremely versatile bilingual singer/songwriter armed with a wicked sense of humor and an uncanny ability to improvise and engage audiences of all ages. A born entertainer, he can embody both trickster and shaman to cast a spell on the gathered.

Raised by Cree-speaking grandparents in the remote northern woodlands, it's probably a good thing that Napoleon turned from hunting and gathering to crafting songs with clever, thoughtful lyrics. Whether he is telling a story or singing about a life of intriguing and mystical experiences and characters, he manages to be both irreverent and deeply spiritual.

Napoleon has been featured on many radio and TV programs including Zed TV, Dead Dog Comedy, CBC Winnipeg Comedy Festival, CBC Roundup, Cree for Kids, Beyond Words, All Points West, Rez Blues and is also host of CHUM TV's The New Canoe. His previous indie recordings have been nominated for numerous music awards including the WCMAs, Canadian Folk Awards, the NAMMIES and the CAMAs. Art's latest CD, Siskabush Tales, delves into the alt-country fold and is receiving rave reviews across Canada. His moose-nose stew has also been known to heal broken hearts and encourage compassion for the culturally deprived.

NeckBone is a melting pot of urban concepts designed to bring all sides of the inner city into one intellectual party and celebration of good high-end music. Ter'ell Shahid heads up the band and is well known throughout Texas. This band will deliver the best talents and, most of all, respect and integrity of the music. Quality and professionalism is what this band is all about.

Singer, songwriter, and guitarist Drew Nielsen fronts his eponymous Philadelphia-based quartet, featuring Kirby Son on bass, Rich Blackwell on drums, and Jordan Silber on guitar. The band formed when manager Diane Zaiko of Junctions Music brought them together for a recording session. Their experience in the studio was so positive and the music meshed so well that they remain together, performing strong today.

With influences and comparisons to bands like The Lumineers, Fun, and Death Cab for Cutie, the Drew Neilsen Band thrive on the emotion they infuse into their "indie/acoustic rock" sound.

"...we want our music to come off as very honest. We are not playing "rockstar" we simply love music and want to share it with the world.
- Drew Neilsen

The band currently performs in and around the Philadelphia area. Stay tuned to their Facebook and Reverbnation pages for the latest Drew Neilsen Band updates. 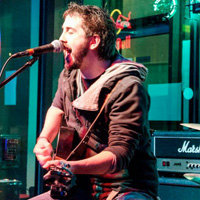 New Heights' first single "Peaches" gained fame when it was featured in a short film by the Jubilee Project titled Love Language. The film went viral and led to many different variations by other film makers, all featuring the track. All together, the Love Language inspired videos featuring "Peaches" has over 4,000,000 views on YouTube, and in turn, led to their first official music video.

Their album Something To Believe In features the works of well-regarded names of the industry such as Jon Howard, guitarist for the band Paramore, and producer Aaron Sprinkle. The album features collaborations with artists such as Clara C., Jennifer Chung, and South Korean pop star sensation Brian Joo.

“Twist City” is the first album from New Mystery Girl, a band project envisioned by Chrissy Flatt and abetted by a crew of like minded Austin, TX rock’n’rollers. Ms. Flatt, known for her previous works “Wings of a Butterfly” and “Walk With Kings”, comes out swinging with twelve fresh original songs bringing together influences from 60′s girl groups and British invasion pioneers to 70′s glam and early punk. Longtime cohorts Eric Hisaw (guitar) and Ron Flynt (bass/keyboards) show up on most tracks alongside drummers Lisa Pankratz and Freddie Steady Krc. Guitarist Eve Monsees lends her stylish licks to a pair of songs and chimes with the majority of the harmony vocals. Brian Standefer adds his atmospheric cello to a trio of more meditative numbers. At the center of it all are Chrissy’s voice, guitar and words.

Formed in Austin, TX in 2007, The Gary Newcomb Trio was at first a side project convening when Newcomb in between tours with other artists. Releasing a self-titled debut in 2008, they grew into a sonically enterprising triumvirate brandishing a truly unique approach that doesn’t rely on the ubiquitous electric guitar. Their blend ” fuzzy, jazzy indie swing/pop” and “wet roots/dry cone pedal steel cosmic jive” is always a treat to behold live.

Over the years Scrappy has recorded and toured with numerous musicians and bands including The Loose Diamonds, Jon Dee Graham, Stephen Bruton, Terry Allen, Walter Tragert, Todd Snider, Neal Casal, Natalia Zukerman, Bobby Whitlock and Coco Carmel, Bob Schneider, Dan Stuart (Green on Red) and many others. Scrappy loves his guitar and is continually mystified by the power of rock and roll.

Ester maintains an impressively expansive career. She is an Agape-licensed, spiritual therapist who for 17 years has studied under Michael Bernard Beckwith, founder of the Agape International Spiritual Center, who is probably most famous for his appearances on Oprah and as a featured "teacher" in the popular book and motion picture, The Secret. She’s a motivational speaker who brings her personal experience of 25 years of sobriety coupled with a deep understanding of spiritual practices to audiences around the world. In this capacity, she facilitates workshops and gives inspirational keynote addresses to institutions, companies and organizations, incorporating concepts from the Soul Recovery process she developed. She’s also a gifted vocalist who’s completed two world tours with Rod Stewart and Bette Midler, performed multiple times at Madison Square Garden, appeared on Oprah, The Tonight Show, The View, Good Morning America, The Ellen DeGeneres Show, and has released her own critically-acclaimed albums of soul-nurturing music.

Stevie Nics brings the "rhythm" back to R&B, using his engineering skills to craft smooth odes to love and sensuality. The 23-year-old singer out of Phoenix, Arizona writes, produces, and performs his songs. At the same time, Stevie flashes a bit of a Russell Simmons / music mogul vibe, creating his own clothing line, CLSSY NRDS. Stevie's sound is ethereal, breathing slow grooves over slow backbeats to tell his stories of love, promise, lust, and the search for that someone special. Stevie describes his songwriting as "bringing meaning back to R&B," a genre whose true sensual artform seems lost in recent years in favor of shock-value lyricists. Judge for yourself whether Stevie hits his mark of creating a true-to-form R&B songwriting.