Ben Oduro has worked in nearly every aspect of the entertainment industry. No, seriously: he's a singer, rapper, model, actor, dancer, fashion designer, TV show host, writer, talent agent and booker. But musically, Ben began singing with his cousin Nana Nyc in a rap group (Ben was a singer). Later, after an audition for a Fox Television show, he hooked up with a music manager who was also at the audition. That led to several collaborations: "I Can't Believe" featuring Roddo, and a Conway remix to Mario Winans' "I Don't Wanna Know" called "I Wanna Know." That track appeared on a mixtape called The Calm Before The Storm. He was signed to 4 Da Green Entertainment as their only R&B singer and sang "Wanna Ride" and "Let Me ft. Conway & Ism" on the mixtape 4 Da Green: Death Before Dishonor.

During an internship with Lolex, Inc. Ben collaborated on two tracks on the Taurus Life: The Bodyguard mixtape. And while away at college Ben contributed to two tracks to Street Soldiers: Born Again, a mixtape by the rapper Squeeze. Regarding Ben's vocal abilities, he has received high praise from two stars of American Idol:

"You are definitely going to be a star" – Ryan Seacrest

Ben recently began working with Lolex, Inc. as an artist, and has two singles in the works. "V Suit, V Swag" features Angelea Preston from America's Next Top Model and "One Man Army" features Jen Bonczar aka "Good King." There is no schedule release for either single, but expect to hear more about those very soon. For the moment, here are some outtakes from a promotional video for "V Suit, V Swag": 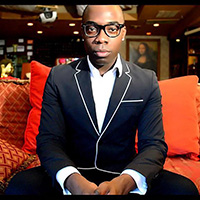 Oh, Jeremiah is the musical cocktail of the musings and tall tales of singer/songwriter Jeremiah Stricklin. Each of his songs is filled with the distinct characteristics of the Deep Southern culture that he’s called home for so long. The familiar people and places that he has always known are now the invisible forces that populate his songs simultaneously uplifting and haunting his person musically. His pace, his love of face-to-face conversation, and his enjoyment of wasting an afternoon sitting on a front porch have all given him and his music a flavor worth savoring. In short, he can be considered the 21st Century Tom Sawyer; the friend you would be willing to paint a fence for or take a leap of faith with if you had to run away from the real world. 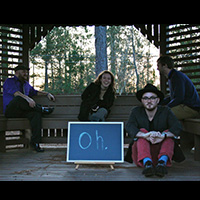 Oktayne (aka Albert Devon Tatmon) is a Bay Area rapper whose music embodies his influences. His rhymes shine with Nas' wit, lyrics and delivery are Ludacris-aggressive, and an onstage presence isreminiscent of KRS One.

This year finds Oktayne hard at work with producer Chief and a crew of singers, rappers, and a poet on his upcoming album, Prime Potential.

For an independent artist, Oktayne has earned a large following numbering in the thousands. His videos for "Red Carpet Lady" and "Positive High" have racked up more than 25,000 views! With an army of followers on each of his social media sites, 2013 is positioned to be a breakthrough year for Oktayne. 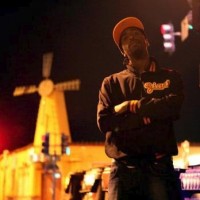 Born in San Antonio, Luke Olson started playing and performing at the age of eight years old. By the time Olson was completing high school in Alamo Heights, he had released his debut album, entitled Maybe Someday. The album received acclaim in the Texas area while Olson was awaiting his diploma. In 1997, Olson released his second album, Southern Skies, and continued to become a draw on the college circuit, particularly in Lubbock, TX, where he was studying at Texas Tech. In 1998, he was voted Best New Artist at the Current Magazine Music Awards. The musician has performed with Merle Haggard, Alabama, and the Bellamy Brothers, among others, and opened for countless more. In 1999, Olson released Panhandle Sunset, which was considered a stronger album by critics and fans of the country/folk/bluegrass genres. He still continues to tour around his native Texas, and entered the studio in 2002 with Lloyd Maines to record his fourth album.

Sydney Australia's Onaro is a Glitch Hop / Dubstep artist whose sound has recently been reborn. Onaro had been part of a DJ act that garnered significant regional success: the group was resident DJ at Sydney's Masif Saturdays and played the Defqon.1 Festival in Australia. Their renown eventually gained attention in Singapore, where they ultimately travelled to perform. Onaro has now forged a solo career, focusing on bass music (specifically Glitch Hop and Dubstep). Branching out on his own has allowed for a creative freedom that has given birth to his new sound, which can be heard at soundcloud.com/onaro-music.

One Wolf takes everything that is lonely and nostalgic about Lubbock, Texas, and funnels it through their own style of thick shoegazer pop.

...razor-sharp jangle-pop nuggets using the best parts of Wilco and the parts of the Shins

Hailing from Philadelphia, The One2s are a power-pop-meets-indie-punk outfit featuring members of Leiana and Big Crowd Popular. They separate themselves from the fray by way of their double-edged vocal and guitar attacks: lead vocals come by way of guitarist Sean Bombz and bassist Leiana, while Bombz trades guitar leads with Julia Tasca. Adding fuel to The One2s' fire is drummer Jay Dyer, who seems to mercilessly punish his kit on songs like "Running Out Of Time." The group records all their own music and produces their own videos, released via their YouTube Channel, while keeping up with a steady touring schedule. Catch up with The One2s at theone2s.com.

"One day, it was decided that dub step needed to express its insane, danceable, funkable, thrashable alter ego."

OnPlanetZu is a self-contained entity, who's music crosses into a genre-confused electronic hip-hop/reggae/rock/you-name-it maelstrom of bass, beat and energy. Their original, self-created sounds and 'no pre-recorded samples' approach to songwriting presents a fun, fresh high-energy blast compared to the follow-suit trend in today's music. Their songs contain an element of unpredictability-changing flow at any given turn. OnPlanetZu's popular debut single, "Speakers" hit Earth with force, followed by their heavily base-infused "Fire." Both tracks are featured on the 2014 album "Adventures of Yo Mama." Distributed through Sony RED to all major online retailers via Skee-Lo Musik, "Adventures of Yo Mama" has won rapidly wide appeal and has captured the attention of some respectable names in the music scene.

Zu Tha Greatone, singer/songwriter for LA bands,'OnPlanetZu' and 'Bazerk' joins forces with producer, Cori Jacobs (Fader) to inspire an original and heavy new approach to electronic music. With over a decade of history in the music industry, the members of OnPlanetZu have an almost seamless way of working together. Fader's affinity for OnPlanetZu has added a vital element of cohesiveness between the ideas in Zu's head and the outcome of the recorded song. His versatility as a live DJ insures him integral to the structure of OnPlanetZu. Live shows consistently energize the crowd, drawing people to the dance floor. OnPlanetZu performances might be Zu as a solo artist- proving his gift at entertainment- or he may be joined by DJ Fader and members of Bazerk. Either way, the band never fails to deliver.

OnPlanetZu are big on collaborations. They have many underway with Redman, Skee-Lo, Darcy Donnovan, Blackburner, Galilee, Supa, and more. They are inculded in a 2014 Trap music box set out of Cleopatra Records, which features a number of remixed tracks from OnPlanetZu. OPZ's music is played around the world on a multitude of internet and FM radio stations as well as video channels. They were recently invited to open up the BET Idols and Icons Awards after-party.

Tone Toven, film director and long-time friend, has contributed to many of Zu's videos, including the smash hit video by OnPlanetZu, "Speakers," which earned over 100k views on YouTube within its first month. "Speakers" has won OnPlanetZu a number of gold, silver and bronze medals for song/video production on beat100.com. Tone's understanding of Zu's artistic style contributes to a visual presentation as in your face and out-of-the-box as the music itself.

Stay tuned, OPZ's got nothin' but HYPE transmitting to your neighborhood!