Uncle Lucius takes Rock and Roll from its deep roots and pushes it onward, putting their own honest interpretation on the essential elements of R & B, Blues, and Country. They pride their live show as a sacred and energetic experience, with a belief that this is still the truest form of communication with their fans. The band includes Kevin Galloway on lead vocals and rhythm guitar, Hal Vorpahl on bass, Mike Carpenter on lead guitar and vocals, Josh Greco on drums and percussion and Jon Grossman on keys and accordion. Uncle Lucius can usually be found on the highways and back streets of the U.S., playing renowned venues like B.B. King's in NYC, to the Maple Leaf in New Orleans, to back home in Austin, TX at Threadgill's World Headquarters, The Continental Club, and Antone's. 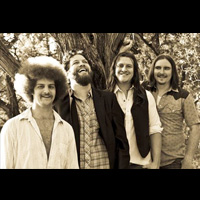 Many genres can be associated with the style of music that United High has. A unique blend of hip hop, rock, and jazz that has lured in it's bay area listeners. Since forming the band and making music together for the past 8 years, a diverse chemistry has been built between the members and each one brings a different sound to the group. Consisting of 2 mc's, guitarist, bassist, drummer, and dj; the perfectly meshed sounds of United High have been showcased all throughout the bay area music scene. Though still remaining loyal to Their local fanbase, United High is set on taking their music to different heights in the coming years.

Steven and Daniel J. had begun jamming and forming rough ideas for compositions throughout 2010 with the idea of a band in mind. The genres that began to form had consisted of elements of Rap, Alternative Rock, Hard Rock which had created a distinct sound. It was later that year when various riffs to 'Gotta Get Out' had been made that they searched for a guitarist which ended up being Jesse Murray. This further expanded the genre of the band and completed the line-up of the three-piece band. After recording their first single, "Gotta Get Out," at the end of the year 2010 the band is now focusing on having a completely produced and mastered EP out in 2013.

Unkle Bob have been around since 2006 but 2013 marked a fresh start. Tipped by many to go all the way, their legacy was two albums Sugar and Spite (2006) and Shockwaves (2010). They became a hit in the US with tracks featuring in TV dramas, including Grey’s Anatomy. Originally formed in Glasgow, Scotland in the early 2000s, they later relocated to London. Unkle Bob MK1 finally called it a day in 2011.

Now based in Edinburgh, singer-songwriter Rick Webster revived the Unkle Bob name releasing an EP called Songs For Others in August 2013. The record was uniquely funded via Pledge Music giving fans the opportunity to buy a song written about their lives. Pledgers entered into dialogue with Rick about lyrics and the general style of the track, giving birth to the EP and album track "Brother."

“Don’t be surprised if this Glasgow-born quintet are still selling albums 20 years from now because they have a deadly weapon in their armoury; great songs.” – The Times

“As warm-melancholic as Prefab Sprout or icy-isolated as Radiohead, Unkle Bob hurl themselves from reflection to ripped-up despair in a moment.” – Mojo

The O'Brien cousins, Charlie and Ryan, grew up on the same estate in sunny Sheffield, UK and attended university near London. With a couple mates at school they formed The Council Walls, whose one and only independently released single, “Unimpressive,” managed to scrape the bottom rungs of the local indie charts. Following a show on a stifling summer night at the 100 Club that ended in a food fight, the band split. Charlie & Ryan soon found their way to the USA, eventually settling in Chicago, Illinois and forming The Unswept. They now write & record tunes in a small but tiny apartment in the Logan Square neighborhood. Their new EP, Surf Song 89, featuring the title song and three other original tunes, will be officially released just in time for your Valentine's Day shopping needs.

Wikipedia says, "The Upper Crust is an American hard rock band from Boston, Massachusetts. The members adopt the personae of 18th century aristocratic fops and sing songs from that perspective. They use titles of nobility, wear powdered wigs and period costumes, and maintain a snobbish attitude both during live performance and on their albums. The members say that their guiding philosophy is 'if not great and excellent, then debauched.'"