Luka Veselinovic is a bass player whose career has taken him across genres from punk to jazz, and around the world from his Croatian home to studying at the renowned Berklee School of Music in Boston. With influences ranging from The Beastie Boys and James Brown to Herbie Hancock and Roy Hargrove, Luka brings a variety of styles, training, and experience to his own music. In 2012, Luka assembled the Veselino Jazz Project in the U.S. and recorded his debut album, Magnetic Whale, personally handling all mixing, mastering, and artwork duties. Luka is currently performing as a freelance session musician in Croatia.

The Victory Scene is an acoustic act powered by Chris Keovilay. A Victory Scene show incorporates originals as well as cover songs and works well as a 30-60 minute set. To date, The Victory Scene has entertained audiences at venues including Preservation Pub and Scruffy City in Knoxville, Tennessee and Visalia, California's 210 Cafe and the Visalia Convention Center.

Chris Keovilay was recently named one of ten finalists (out of 240 competitors) in the K-Town Singer Songwriter Showdown at the 2014 Knoxville Music and Film Festival. His original songs are simple yet powerful, the sparse acoustic guitar and vocal arrangements are a one-man Panic at the Disco! meets The Ataris, drawing comparisons to bands like Secondhand Seranade, Chase Coy, and Owl City. The Victory Scene creates sincere songs for anyone who has loved, yearned, or pondered the meaning of it all (basically, all of us). Check out a show, relax, and enjoy the sounds!

Vinyl Floor was formed in Copenhagen, Denmark in 2007. The band consists of the two brothers Daniel & Charlie and their neighbor and good friend Rasmus. The three grew up in a small town outside of Copenhagen in a rural area and quickly started playing together in the brothers’ rehearsal room. The band has, as of today, played more than 150 shows and toured in Japan, Germany and the UK. The debut album was released in 2009 and was supported by a fifteen-date tour of Japan. The next two albums saw the band aim for a bigger sound, exploring symphonic and progressive elements. These albums, entitled Peninsula and Vaudeville, gained the band a lot of press attention and good reviews. The new album Apogee is a more stripped-down affair focusing mainly on the rocking material. The band will support the album with live dates in 2018 and 2019.

Founded in 2004 when boys were still boys and nothing more. Vinyl Laranja changed its styles from pop punk to stoner and from stoner to pop stoner giving what you want but still playing what fulfill their hearts. Now releasing what it is supposed to be their third or fourth album, hard to count due to many internet releases, Rooster Illusion gives you the soft and the heavy side of the band, depending on your mood you're up to listen to side A or B. That being said, here they are, seeking the beyond once again, because one time time they stopped, but then, they got tired and got back on track. Through the rails where Saint George rode to fight the dragon and the dark meadow of which the fate train decide to lead they promise you a lot of sweat, melodies, heavy riffs and sweet and warm hugs by the end.

Singer/pianist whose easy on the ears melodies evoke a sound not dissimilar to Don Henley and a pre-world-music-playing Sting. 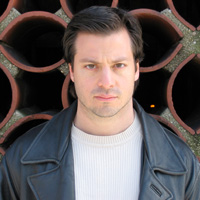 In a world where where niche artists like Nick Lowe and Gary Numan have inspired tribute bands, there must exist a space for Voided By Guises. Inspired by sheer indifference to the pursuit of fame and the intense desire to play music only a small fraction of the world has ever heard, Voided By Guises plays on. 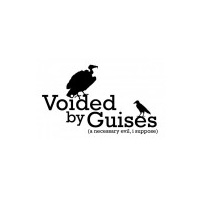 Cleansed of what it type of music they should play, Volcano opts instead for the sound it wants to create: truly unique and worth a listen.

Inspired by musical influences such as Stevie Wonder, Vudoo Soul purchased a digital piano, taught himself to play and write his own music. Since then, Vudoo Soul has performed in front of thousands of audience members. Vudoo Soul was the audience-chosen favorite and was crowned the "2004 Winner of the Apollo Night."