The creator of PKWproductions, P. Kellach Waddle enjoys a busy career of growing renown as a talented composer, bassist and writer. As a composer he has two Pulitzer Prize nominations to his credit. He boasts a catalogue of nearly 250 works and a list of performances approaching 450, and continues to be one of the most prolific and most performed composers of his generation. His music has now been heard on NPR among other many radio stations both in the US and overseas as well as in nearly 40 states and 10 countries on 4 continents.

An eclectic group of singers and musicians in Austin, Texas, including JR Taylor (Amid the Crash, TaylorWise).

Natasha Waterman finds inspiration and comfort in music. At age 11 she had her first publication in a Canadian poetry book, Acorn's Book of Poems. This set the stage for her songwriting future. At 14 she was known as an MC under the alto ego Mother Nature, singing dub plates for local reggae DJs. Natasha later began songwriting and taught herself piano and guitar. She has three songs placed on Canadian Idol Kalan Porter's album 219 Days, followed by two songs on Melissa O'Neil's self-titled debut album, with the single "Speechless" receiving airplay on Canadian airwaves.

Waterman may be releasing her first album entitled Perfectly Imperfect but she is definitely not new to the music business. She has co-written songs with Marc Jordan, Canadian Songwriter's Hall of Fame inductee Randy Bachman, In Essence, Ivana Santili, and many more. Determined and passionate about her music, Natasha advises, "Do what you have to to do what you love. No job can pay...enough to be miserable."

Dale Watson is a country music maverick, a true outlaw carrying on where Waylon Jennings left off. A member of the Austin Music Hall of Fame, he stands alongside Waylon, Willie Nelson, and George Strait as one of the finest country singers and songwriters from the Lone Star State. 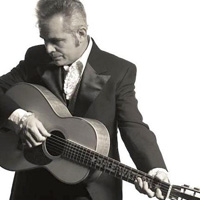 The Missingmen are a punk rock trio fronted by Minutemen/Firehose/Stooges bassist Mike Watt. The band features Watt, guitarist Tom Watson (Slovenly, The Pair Of Pliers, The Jom And Terry Show, Red Krayola), and drummer Raul Morales (FYP, Killer Dreamer, The Leeches, The Secondmen). The band's name is a humorous reference to the fact that during a 2005 European tour behind Watt's album The Secondman's Middle Stand, neither of the original Secondmen (Pete Mazich and Jerry Trebotic) were able to participate.

Wearing many hats, Adlai Waxman earns his keep as a session/back-up musician, a songwriter of many genres, and a performing/recording artist. Adlai's songs have topped CBC radio's New Music Chart and been amongst the top ten in Mountain Stage's New Song Contest and American Idol Underground. His songwriting style is reminiscent of his influences, including Randy Newman, Joe Jackson, Robbie Robertson, and Donald Fagen, but his songs stand strong, uniquely his own. 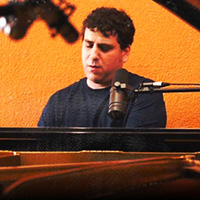 Wedlock (aka 105 Deckowls outside North America) is an electronic indie group that originated in Richmond, Virginia. They formed in 2004, as an alliance between singer-songwriter Paul Allgood and programmer Jeff Hathaway. Former All Music Guide contributor Alex Ogg describes their sound as ranging from the American new wave of The Cars, to the “bedsit cabaret” of Soft Cell. Allgood has been the sole remaining member of Wedlock since its inception; surrounded by constantly shifting personnel. 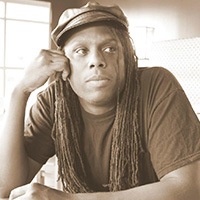 Rapolla-Miranda recording artist Wejeileh is making waves in the Urban Island / Island Pop music scene. His independently released singles quickly became popular, both on the islands and on several online Top 10 countdowns. His newest song "The Best Heart" now has the backing of Rapolla-Miranda Music Group and is making noise across the Pacfic.

"There was a drought of good Urban Island/Island Pop music, so I [made] my own track [and] it became a hit..."

Wejeilgh (born Adam Caldwell) is originally from the island of Pohnpei. In high school, he taught himself ProTools and spent his free time remixing his favorite reggae songs. But it was while attending the College of Micronesia that his lifelong fascination with music, specifically reggae and R&B, came to life. "There was a drought of good Urban Island/Island Pop music, so I decided to try my hand at making my own track. I [did], then it became a hit on the Island."

"It was such a great feeling to be sitting in class and hear the ringtone of a stranger playing your song."

His self-described "mixture of reggae, Hip-Hop, and island pop" is born of Wejeileh's influences, which include Iyaz, Jr. Rotem, Sean Kingston, Maroon 5, and J Boog. Aspiring to be mentioned in the same phrases as his idols, he has already had a small taste of success. With his songs' popularity taking hold regionally, Wejeileh mused, "It was such a great feeling to be sitting in class and hear the ringtone of a stranger playing your song."

The future looks extremely bright for Wejeileh. In January 2013, Rapolla-Miranda announced him as their latest signed artist. And his song "The One" was recently featured on the Australian Broadcasting Corporation's (ABC) Pacific Break 2012 radio show. The literal translation of Wejeileh is "throw 'em high," appropriate since his career is clearly upward bound. 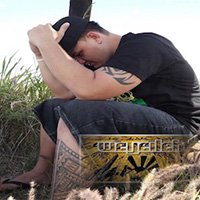 Elliott Wheeler is a Sydney based composer, producer and founder of Turning Studios. Classically trained, he studied composition and brass studies at the Sydney Conservatorium of Music, and Philosophy at Sydney University. Since then, he has worked continuously as a screen composer and producer across a broad spectrum of genres from studio releases to film, documentary, commercials, and theatre.

Hatched in the twilight months of ought nine, these five young men came from all corners of the US looking to do one thing: knock the dust off roots music. A freewheelin', trashgrassin', folk tornado, the Whiskey Shivers take traditional instrumentation, soak it in gasoline and send it into outer space. Breakneck speeds, killer grooves and impeccable musicianship: it's enough to make Bill Monroe himself do a double-take as he spins in his grave. With upright bass, fiddle, washboard, banjo, guitar, and reasonably priced merchandise, Whiskey Shivers adds a fine layer of grit on top of the hard-driving rhythms of traditional bluegrass. They've been called everything from "trashgrass" to "hardcore roots" to "crazy-assed redneck music" — whatever the words, the meaning is the same: Whiskey Shivers brings the house down. 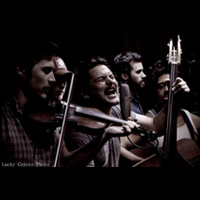 The Wildflowers (Ashley Monical and HalleyAnna Finlay) are two talented singer-songwriters who have already established their solo careers in the Texas Music Scene. Meeting at Kent Finlay’s Songwriter’s Circle in 2009, they decided to combine forces and start a super group a couple of years later in 2011. As they grace the stage with their guitars, percussion and harmonies, they hold the audience captive with their songs.

San Antonio-born Walt Wilkins has been called a genius, more than once, and a writer the caliber of John Steinbeck and his voice as comfortable as a pair of old blue jeans, and he is, and has, all of that. His crafting of story-songs, hard-edged vocals to sing them and a plaintive guitar have made him a fixture of the Texas music scene (and Nashville before that). He’s put his magical touch on recordings by new and veteran artists, too many to count. Is he near done? Hasn’t he done it all? Double hell no. 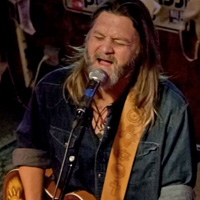 Graham has found the sound he has been searching for with his current Underground Township lineup and it’s reflective on his new album Yearbook, which has been well received by leading Austin radio stations KUT and KGSR and 12 other stations through out the country. Yearbook includes appearances by Alejandro Escovedo (No Depression magazine Artist of the Decade), Hayes Carll (Top played Americana Record of 2009), and Lloyd Maines (Multi-Grammy winning producer/and father of Natalie Maines). The depth of Gramham's influences and breadth of his worldly experiences are unmistakable in this diverse collection of heart thumping tunes. From ska to folk, honky-tonk to rock, his lyrics tackle such lofty and often neglected topics as social responsibility and justice, political corruption and greed while consoling the audience with pithy love songs and pure ‘feel good’ rhythms and melodies. Though seen as the debut of this young songwriter one must know this is not all we will hear and see from Graham, but rather an incredible step towards a successful musical journey. 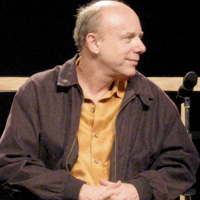 Like a zombie without enough sense to know it’s dead, Oklahoma City/Tulsa rockers Billy Joe Winghead have been crisscrossing the nation for the last decade trying to figure out why every soundman in America wants them to turn down. An artless mix of Fender twang, Gibson crunch and theremin wail, BJW is determined not to rest until every punk club, bowling alley and lowbrow festival on the map has either asked them to headline or never to return. 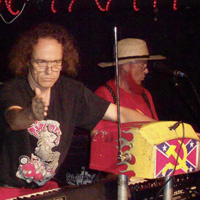 Queensland singer/songwriter Carl Wockner embodies the strengths of his contemporaries—catchy songs of Jason Mraz, John Mayer's guitar chops, a Jack Johnson laid back vibe, and a charisma that's all his own. In 2011, Maton Guitars took notice of Carl and awarded him with an endorsement. His fan support echoed the love, selling out a 1,000-copy run of his debut EP acoustic...ness in eleven months.

The success of acoustic...ness opened a number of doors. The song "pictures" was picked up by two FM radio stations and he received nominations in the 2012 MusicOZ Awards for both Acoustic Singer/Songwriter and Blues and Roots. On the merit of his songwriting, Carl has also received invitations to co-writer with a number of commercially successful songwriters including Kim Tribble (Gary Allan, Shania Twain, Journey), Greg Barnhill (Trisha Yearwood, Don Henley, Jessica Simpson, Etta James, Chicago, Tim McGraw, Leona Lewis), Australian Top 40 artist Chaise Flanders, and Nashville recording artist Jenn Bostic.

With a new album slated for release in 2013, Carl looks ahead to several high-profile festival performances. In June he'll play the Broadbeach Country Music Festival and in September the Noosa Jazz Festival and Australian Garden Festival. In October 2013, Carl will perform at the Lighthouse Festival in Burnett Heads, Queensland.

The story of Woodsboss begins with the end of the Weary Boys. After disbanding former Weary Boys Brian Salvi, Cary Ozanian and Darren Sluyter recruited longtime friend Tom Vandenavond and golden voiced Molly Salvi to start a new band. Woodsboss quickly took on the Weary legacy of lively performances just with the emphasis on country rock. Old Friend guitarist Matt Giles soon filled out the lineup. Nearly 2 years and 2 albums later Woodsboss has made several tours throughout the south as well as holding down a residency at the Continental Club. Woodsboss hopes to carry on the grassroots legacy of the Wearies for many years to come. 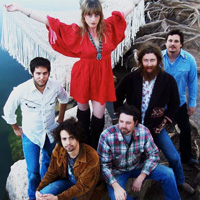 Worm Suicide formed in South Texas 1996. Old punk rockers, performed on tons of comps including Samhain tribute records, Misfit compilations, GG Allin compilations. Lots of shows on the record books and good times with East and West Coast touring acts, from punk, to metal, to Oi, to hardcore, we played with them all...