Ben Oduro’s Talent Precedes Itself. And Follows Itself. It’s Everywhere!

Ben Oduro can perform just about every talent-requiring aspect of the entertainment industry, and perform them well. He's working on a new video and tracking two singles even as we speak. Keep an eye out for Ben&mdash;he is already on your TV, radio, and favorite website (you just may not have noticed him yet).

The Kardashians have amassed great fame and fortune without having much tangible, productive talent. Perhaps the exact opposite of a Kardashian daughter is Ben Oduro. Ben possesses many talents—many more, in fact, than that talented friend of yours who you've always described as being "crazy talented." Most recently, Ben has broken into the the music world as a performer.

Ben was born and raised in The Bronx (an accomplishment in itself) and earned a degree in Criminology. For most, that's a lifetime of pride-worthy achievement. For Ben, that's just where he got started. It is important to understand the road Ben has traveled. Not many professionals (in any field) succeed in so many facets of their craft. Here's a quick sprint through Ben's career:

A lifelong entertainer, Oduro participated in the typical school plays, choirs, dance teams, and talent shows. But he stepped up his game when he and a friend created their own fashion line that opened doors for them to work with Kanye West, Fabolous, Remy Ma, Sean Paul, and others.

From there, Ben entered the television world. He has appeared on MTV's Yo Momma, Meet or Delete (Student Designers), Becoming: Usher, TRL: Dance Party, and Real World Reunion. Beyond mere appearances, he was a host on the Concert TV Channel. His modeling career (we'll get to that in a moment) also led to Ben appearing on The Ananda Lewis Show. 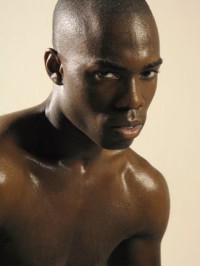 Not content with television and fashion, Ben pursued and caught up with modeling engagements. He has walked in New York Fashion Week, appeared on a Sarah Mussi book cover, and was pictured in Metro.Pop Magazine.

"Ben is hungry, and a hard worker and that's why I wanted to work with him." - Dawn Richard (Diddy Dirty Money)

Ben took an internship in the New York office of the agency that originally booked his modeling gigs. He grew that into a full Talent Agent/Booker position and led to Ben developing and leading The Celebrity Board, as well as the offices in Los Angeles and Canada. In his new role, he began booking talent in music videos for artists including Kanye, Nicki Minaj, Madonna, M.I.A., and Whitney Houston. His services went beyond simple bookings, however, as Ben helped developed young careers of artists including Dawn Richard (Diddy Dirty Money) and participants on America's Next Top Model and American Idol. He cast the Elle Varner "Only Wanna Give It To You (feat. J Cole)" video, as well as "Summertime Jam" by The Cool Kids. His efforts working on the Halogen Network's Noble Exchange even earned Ben a Bronze Telly Award.

What hasn't been mentioned yet? Oh yeah, the internet. Ben Oduro's there, too. His work with HarlemTalkRadio.com has led to his interviews with a myriad of superstars including Ciara, Wyclef Jean, Mary J. Blige, and many more.

You thought he may have missed the big screen? Wrong. Ben crossed paths with Jersey Shore's Vinny Guadagnino, shooting a movie called The Gate of Fallen Angels.

"You are definitely going to be a star." - Ryan Seacrest 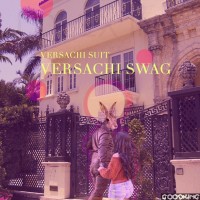 This is where we find Ben today. He recently began working with Lolex, Inc. on his music and has two singles in the works. "V Suit, V Swag" features Angelea Preston from America's Next Top Model and "One Man Army" features Jen Bonczar aka "Good King." There is no schedule release for either single, but expect to hear more about those very soon.

A video for "V Suit, V Swag" is also in the works. Outtakes from the video shoot have been put together by Lolex, Inc. and can be seen on Ben's Artist Page.

Music is not new to Ben, however. He began singing with his cousin ("Nana Nyc") in a rap group (Ben was a singer). Later, after an audition for a Fox Television show, he hooked up with a music manager who was also at the audition. That led to several collaborations: "I Can't Believe" featuring Roddo, and a Conway remix to Mario Winans' "I Don't Wanna Know" called "I Wanna Know." That track appeared on a mixtape called The Calm Before The Storm. He was signed to 4 Da Green Entertainment as their only R&B singer and sang "Wanna Ride" and "Let Me ft. Conway & Ism" on the mixtape 4 Da Green: Death Before Dishonor.

It was during an internship with Lolex, Inc. that Ben collaborated on two tracks on the Taurus Life: The Bodyguard mixtape. And while away at college Ben contributed to two tracks to Street Soldiers: Born Again, a mixtape by the rapper Squeeze.

What struck us was, "Why music, and why now?" With a myriad of roads to travel, it appears that Ben is passionate about music. He does not feel like he has to be relegated to a life behind the scenes, or on the business side of the industry.

"Music is drawing me back now because I'm seeing you have only one life to live and certain passions should not be over looked. There are people like Diddy who are behind the scenes but in front, as well."

For the time being, Ben is still working with HarlemTalkRadio.com, books talent through MMG and International Talent Agency in L.A. And if you look closely, you may notice him in the the video for "Run" by The Knux featuring Kid Cudi. Impressed? We are. Ben Oduro: the anti-Kardashian.