A decade or so ago heavy metal was everywhere - MTV seemingly looped "Home Sweet Home" and the latest Skid Row band/audience scuffle footage. More recently, after dropping off the entertainment radar, we again find these stars adrift in the mainstream. Motley Crue touts a New York Times best-selling book and Sebastian Bach now hosts his own show on VH1. A Renaissance? Not without new blood to spur the movement…which is where Caroline Hope enters the picture. With her latest CD, entitled Malice Alice, Caroline attempts to breathe life back into this once industry dominating genre.

Caroline's vocal quality is evidenced by her winning the DC Metro Talent Search and appearing on Star Search. Her raw talent and energetic delivery fuel this album and will play a major part in the extent of its success. Caroline's singing brings to mind that of Queensryche's classically trained vocalist, Geoff Tate. Stylistically, she comes across as the new millennium’s answer to a pre-"Close My Eyes Forever" Lita Ford (when the latter was more rock and less power ballad). There's no escaping Caroline's influences, firmly rooted in hard rock’s past, but given today's upswing in nostalgia and her own additions of visual and sonic modernity, she may just have something here.

Caroline's songwriting embodies old and new. While the intro to "Pain" could just as easily appear on Linkin Park's latest record, the album quickly moves to (and remains with thereafter) a more retro-rock feel. This mood is brought home by a dark cover of Steppenwolf's "Born To Be Wild," which offers a hint of East Indian melody in parts of the guitar line. For the headbanging aficionado, "Hand" smacks of Fastway's Trick or Treat soundtrack (the '86 film gem that featured Ozzy as a preacher). And "Liar," though not the strongest song on the album, would fit nicely dropped into various periods of the Runaways' discography.

Among the challenges that face artists today, Caroline's has several important bases covered: talent, connections and a well-produced CD. Where she may run into trouble is in the marketability of her staunch hard rock songwriting style. But with signs of an imminent rock 'n' roll revival on the horizon, Caroline's use of the shadows of rock's past could very well have her looking toward a bright future.

While listening to Hank Madison's aptly titled Demonstration (it's a 3-song demo), I ask myself "Do you remember King's X?" If you¹re envisioning only a quasi-one-hit wonder fronted by a guy with a mohawk, you're not getting the point. Hank Madison's songs conjure up fond memories of edgy rock with the undeniable hook of interesting chord progressions, striking vocal harmonies and out-of-the-box timing. These days it's hard to convince an alt/rock band to stray from a standard rock song arrangement and delve into some music theory. Hank Madison does it sparingly, with taste and precision, adding just enough to make their songs distinctly their own.

Jack Higgins' drumming and Aquil Salih's bass create a neatly stitched rhythmic pocket, which they then proceed to mercilessly tear apart with their intensity. But while many players out there bang away and thump and grind, this duo has the chops to do it and keep things from going awry. "Testimony," which grabs me as the strongest of the three songs, has all the attack and swagger of Stone Temple Pilots' sharp time changes, not to mention a slight vocal similarity between Hank Madison's Tripp Lanier and early Weiland.

Demonstration is an EP that is ready to go straight onto a full length album. The thoughtful, methodic arrangements are well put together and the production top notch. And though the music is not entirely revolutionary, the band does exhibit a musical I.Q. You don¹t have to be a prodigy to listen to them, but if you're too ensconced in today's radio drivel this disc could fly right over your head. But maybe, just maybe, the music world today is discerning enough to grab hold of Hank Madison. 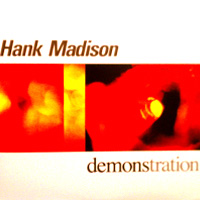 Pulse is an instrumental trip (with the exception of a few vocal improvisations) that artfully weaves its rhythms and melodies through a fusion of funk, R&B, and jazz. LT's debut album exists somewhere between Meshell N'degeocello and Prince (when he's on a jazz tangent), with the vocal replaced by a smart, crisply distorted lead guitar.

Yes, it's a guitar-driven instrumental album. But this is no up-and-coming prodigy's self-gratifying display of technique. On the contrary, LT keeps firm hold of her artistic reigns (she produces the album, in addition to playing guitar and handling the programming) and opts to create songs rather than merely show off her skills. At times she chooses to remain almost too conservative in her playing, but given the dark history of over-indulgent solo guitarist albums, erring on the side of caution is a welcomed change.

Much of Pulse consists of up-tempo funk, but "No Smoking," stands out as the album's first slower groove. Its soothing, exploratory arrangement is produced with clarity that heightens the listener's awareness of each instrument's nuances and emotion. Also striking in Pulse's production is LT's instinctive programming. Artists often overuse drum machines, leaving their recordings sounding lifeless and mechanized. LT seems to program intuitively in some cases even using MIDI alongside live percussionists.

In the past, LT has worn the hat of a guitarist, keyboardist, engineer and producer. But with Pulse, she adds to her resume the titles of Recording Artist and Songwriter. She says the album began as "an exercise to create songs[s] that last long after the guitar solo is over." After a thorough listen, it's evident that LT achieved her goal. 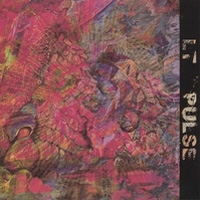